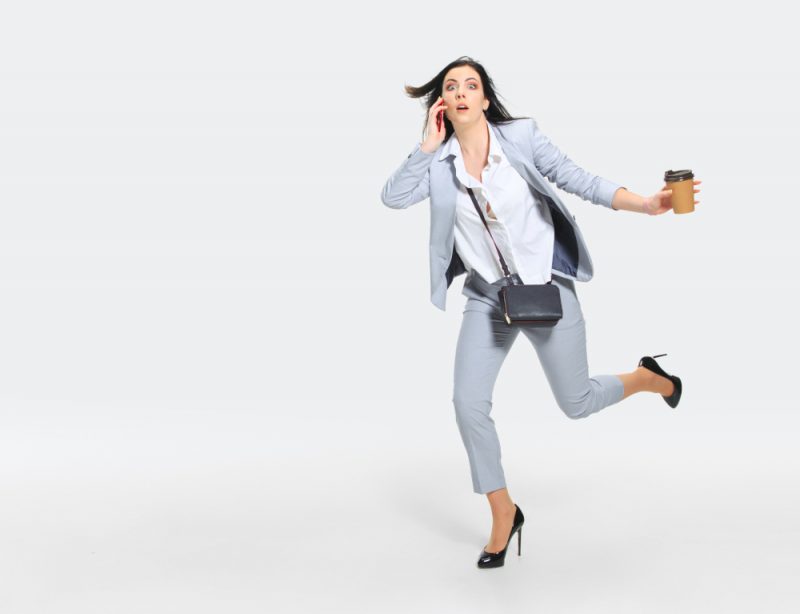 English is a “stressed” language.

We’re not literally talking about how stressful English can sometimes be (especially with its contradicting rules!). What we mean is English stresses or emphasizes some words and syllables compared to others. They’re pronounced more strongly with higher pitch, and they even take more time to say.

In this sense, English has a melody. You can think of spoken English as more like a wave with ups and downs rather than a monotone.

This isn’t just an add-on, either – stress is so fundamental to English that a word with the wrong stress will sound funny (and even unrecognizable). Because of this, a key part of becoming fluent in English is learning how to apply stress correctly.

To make it easier for you, we’ve come up with the main stress rules in the English language that you should know about. Check them out in our guide below!

Two Levels of Stress in English

When you stress a sound, here’s what exactly happens:

With unstressed sounds, it’s the opposite!

Stress is a consistent feature of the English language, and you’ll encounter it in two levels: word stress and sentence stress. Let’s go over both:

Word stress refers to how there’s one syllable that’s stressed over the others in every English word.

Here are some examples, with the stress on the bolded syllables:

It’s much more rigid than sentence stress because using the wrong word stress can lead to a breakdown in communication. English speakers are likely to have a hard time understanding you, and they might even ask you to repeat yourself.

With sentence stress, you’re stressing or emphasizing specific words in a sentence over the others. It’s a bit more flexible than word stress because it depends on your intent – you can stress different words in a sentence based on what you want to highlight. However, there’s still a more standard way to do it.

Sentence stress combines with word stress in practically every English phrase or sentence. To sound natural when speaking English, you have to include both smoothly. For a handy resource to level up your speaking, you can turn to Creativa’s course on Mastering North American English Pronunciation. It has engaging, high-quality video lessons that dive deep into the melody of English, with topics such as sentence stress, intonation, and more! You’ll get to watch step-by-step explanations ranging from how to stress your sentences properly to linking consonants for smoother speech.

All in all, the course delves into aspects of pronunciation that English learners can easily miss out on – and yet are necessary for clear, expressive English. Curious about it? Here’s a free video straight from the course.

Let’s start off with word stress rules. Although the same syllable is always stressed in each word, where this syllable is located varies from word to word. Some words will have their first syllable stressed, while for others, it’s the last or even the middle syllable.

These are the main word stress rules in English:

This is a useful rule because nouns and adjectives are among the most common words that you’ll encounter.

Verbs are action words that describe what someone (or something) is doing. They can also refer to states of being (e.g. am, are, feel).

Prepositions convey how a noun or pronoun is connected to another word in a sentence. They can refer to location, direction, or time, among others.

If verbs have three syllables instead of two syllables, then most of the time, it’s the first syllable that’s stressed. This is actually true for most three-syllable words!

These are suffixes that are found at the end of the word, so the syllable right before is the one that’s stressed. This rule also applies to less common suffixes starting in I or U such as -ual, -uous, and -ial.

For this rule, just count backwards from the last syllable.

Consider these as general rules – they work most of the time, but you’ll definitely still encounter words that don’t fit. Because of this, it’s still important to learn the pronunciation of words on an individual basis. However, you can use these word stress rules as a guide so you don’t get overwhelmed when trying to remember the stress for different words.

Once you can stress the right syllables in individual words, you’ll have to string the words together into a sentence. That sentence will also have its own stress!

Sentence stress rules are simpler, mainly because you can roughly figure out sentence stress by analyzing the sentence. They’re also much more intuitive, especially if your native language already uses a similar form of sentence stress.

Content words are essential to the meaning of the sentence. They generally include nouns, verbs (except for is, are, am), adverbs, and adjectives

These make up the meat of the sentence and convey important information. Here are some examples of content words:

If a word isn’t a content word in a sentence, then it’s a function word.

Function words hold a sentence together and link the content words. Instead of relaying their information, their main point is to make the sentence grammatically correct.

These include personal pronouns, possessive adjectives, prepositions, conjunctions, articles, and be verbs. For example:

Both word stress and sentence stress come so naturally to native English speakers that they don’t even think about it. However, as an English learner, you’ll have to put effort into picking up word and sentence stress. This usually involves getting familiar with the stress rules in English and exploring a wide range of vocabulary – along with plenty of listening and conversational practice.