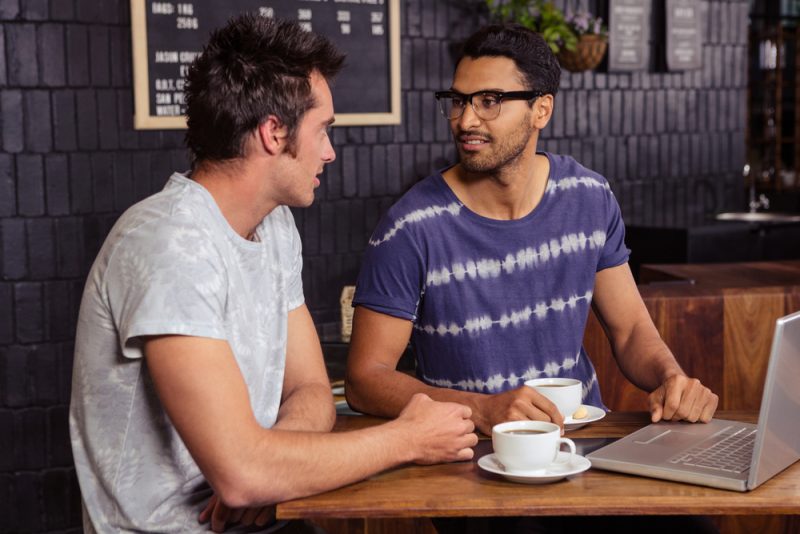 Have you ever felt sure about which English words you want to say in your head – but then you’re not as confident with actually saying them out loud?

Or maybe you want to level up your English pronunciation to avoid miscommunicating or having to repeat yourself.

Having clear English pronunciation makes up a huge part of being fluent in English. As an Indian speaker, you can fast track your progress by looking at which pronunciation habits you might be carrying over from your native language to English.

In this blog post, we’ve listed down the ten most common English pronunciation mistakes that Indian speakers make. You’ll also find specific tips for how to fix each, along with links to helpful pronunciation guides!

English is very different from Indian languages such as Hindi, Bengali, Marathi, and Tegulu. This applies all across the board – there’s very little shared vocabulary, and even the intonation and specific sounds don’t match up that much.

Because of this, there’s an extra layer of challenge for Indian speakers when it comes to English pronunciation. In fact, a lot of Indian speakers tend to feel more comfortable with reading or writing in English as compared to speaking out loud.

When you’re learning English, you essentially have to train your mouth and ears to recognize and produce unfamiliar sounds. Constantly exposing yourself to English and speaking out loud will naturally smooth out your pronunciation, but there’s a more organized way to do it so you’re getting feedback from your mistakes.

You can treat the list of common pronunciation mistakes below as a checklist – are any of them relatable? Then focus on only one pronunciation mistake and keep working on it until you get used to making the correct sound – meaning that you can say it easily without having to slow down or think too much.

What’s great about this is any change that you make to your pronunciation will have a spillover effect on your entire English speaking. Pronouncing TH or V properly might sound like a small thing, but it’ll make your speech much clearer! For a fun, all-in-one resource that gives you exact steps on how to improve your English speaking skills, the Creativa course on Mastering North American English Pronunciation has got your back. It features high-quality video episodes that dive deep into the most important areas of English pronunciation. These include topics that can be unclear for Indian speakers, such as the TH sound and intonation.

Each episode comes with a clear breakdown of the pronunciation points, complete with helpful examples and language hacks that you can apply right away. Curious about it? Here’s a free video directly from the course.

The T and D sounds are both present in Indian languages, but these sound thicker and heavier compared to their English versions because they’re pronounced the retroflex way. Retroflex simply means that you curl the tip of your tongue back when you say T and D.

Indian speakers might forget to make a puff of air too when they pronounce T, which is supposed to be aspirated. Because of this, it can sound a bit too close to D!

Tip: To pronounce the English T and D, touch the tip of your tongue to the bony ridge above your front teeth. This way, you won’t be curling your tongue backwards and making a retroflex sound.

Like Spanish and Russian speakers, Indian speakers can default to rolling their R’s because they do it so often in their native language. However, the English R is never rolled. The tip of your tongue shouldn’t be touching the top of your mouth – instead, it’s suspended and not touching anything.

Tip: Start with the OO sound, then move the tip of your tongue up then backwards without it touching any part of your mouth. This is the mouth position for the English R!

Try reading the practice words below using the English R first and then the rolled R. Notice that the English R sounds lighter, with less tension.

V and W are usually some of the trickiest consonant sounds for Indian speakers. They can mix up these two sounds so that “very” becomes “wery” and “wet” becomes “vet.” The main reason for this is that V and W are allophones in some Indian languages – they’re seen as variations of the same sound that can be interchangeable.

Tip: Listen to words with V and W first to check if you can recognize them as separate sounds. When you’re ready to move on to pronunciation, remember that with V, you’re touching your upper teeth to your bottom lip. On the other hand, for the W sound, you have to round your lips into a tight circle.

4. Saying S instead of Z

Another consonant sound that can feel unfamiliar for Indian speakers would be Z. Instead of Z, they might end up saying S instead, with “zoo” and “maze” turning into “soo” and “mase.” S and Z have almost the same mouth and tongue positioning – it’s just that S is a voiceless  consonant that resembles a hissing sound, while Z is voiced.

Tip: When you pronounce Z, your vocal cords should vibrate, like when you say “AAAA” or “MMMM.” Put your hand on your throat, then say S and Z separately – you should feel vibrations with Z but not with S.

5. Replacing TH with T or D

English learners might come from all over the world, but there’s one sound that most of them struggle with at first: TH. Although the TH sound pops up so frequently in English, most languages around the world – including Indian languages – don’t have this sound. Indian speakers might replace it with D or T, saying “dem” and “tanks” instead of “them” and “thanks.”

Tip: To avoid saying D or T, put the tip of your tongue in between your teeth so it’s slightly sticking out. For the unvoiced TH (“thanks”), blow some air out while keeping your tongue in this position. On the other hand, with the voiced T (“the,” “these,”), make a sound with your vocal cords so you’ll feel your tongue vibrate.

Practice Words: tree vs. three, bat vs. bath, they vs. day, lather vs. ladder

Indian speakers sometimes say P, T, and K or hard C without a puff of air, which can make the word harder to understand. In English, these sounds are aspirated when they’re at the start of a syllable. To aspirate a sound means you release a puff of air as you pronounce it. For example, if an Indian speaker doesn’t aspirate the P in “pat,” it can sound a little like “bat.”

Tip: Go through words with P, T, and K and put your hand in front of your mouth while reading them out loud. There should be air hitting your hand every time!

Consonant clusters consist of two or more consonants that are next to each other in a word. English has plenty of words with consonant clusters, such as “string,” “salt,” and “tree.” These aren’t as common in Indian languages, so Indian speakers can find them awkward to pronounce. As a result, they might insert an extra vowel, saying “i-string,” “sal-a-t,” and “t-a-ree” instead.

Tip: Pick a word with a consonant cluster that you’re having difficulty with. Isolate the consonant cluster, then practice saying the two consonant sounds separately. If you choose TR, you would say T and R on their own first. Now, try to connect them – it’s okay to have a lag in between at first. Keep saying them until you get faster and the lag vanishes!

8. Not hearing the differences between vowels

Indian languages don’t distinguish between short vowels and long vowels, so Indian speakers can easily mix these up, and they may not even be able to tell similar vowel sounds apart. Some word pairs that can be challenging at first include pen vs. pain and men vs. man. Indian speakers can also have a hard time pronouncing the short A in words like “cat” and “answer.”

Tip: Focus on one vowel pair at a time. You can check out minimal pairs, which are words that are pronounced almost the same except for one vowel sound (check out the example words below!). Alternatively, look up the pronunciations of word pairs like “men” and “man” in a dictionary app and replay the audio for each word so you can train your ears to hear the difference.

This is one of the most impactful pronunciation mistakes. If you stress the wrong syllable, the other person might not get which word you’re trying to say right away!

Compared to English, Hindi has much more regular word stress, so Indian speakers can get confused when the word stress changes across similar words. For example, “develop” stresses the second syllable, but “development” stresses the third one.

Tip: When you learn a new word in English from reading, don’t assume that you know where the word stress is – it can be unpredictable! Consult a dictionary app and then pronounce the word while making sure to put the stress on the right syllable.

Going beyond the pronunciation of individual words, there’s also intonation to consider. In particular, Hindi doesn’t have the same melody as English.  The pitch rises and falls much more often in Hindi so it sounds more “melodic.” On the other hand, with English, you only raise the pitch for the most important words of a sentence. If you accidentally apply the Hindi intonation to English, you’ll end up raising your pitch too much, and it can sound rushed or confusing.

When asking questions, Hindi speakers also tend to have a falling intonation towards the end, so they might seem like they’re making a statement instead.

Tip: Go over the basic sentence stress rules in English, then put them into practice by reading sentences out loud while emphasizing only the keywords. This might feel unnatural at first, but you’ll gradually pick it up! To get an idea of what your own intonation sounds like, you can also record your voice while you’re imitating an English video or podcast.

Mastering any new sound in English comes in stages. The first is being able to identify it when you hear it. At the next stage, you can pronounce the sound, but you have to put in a lot of effort. Eventually, pronouncing it becomes so natural that it becomes an automatic part of how you speak English.

You can think of it as a skill – whichever aspect of your pronunciation you want to work on, it’ll take less and less effort as you get more practice with it.