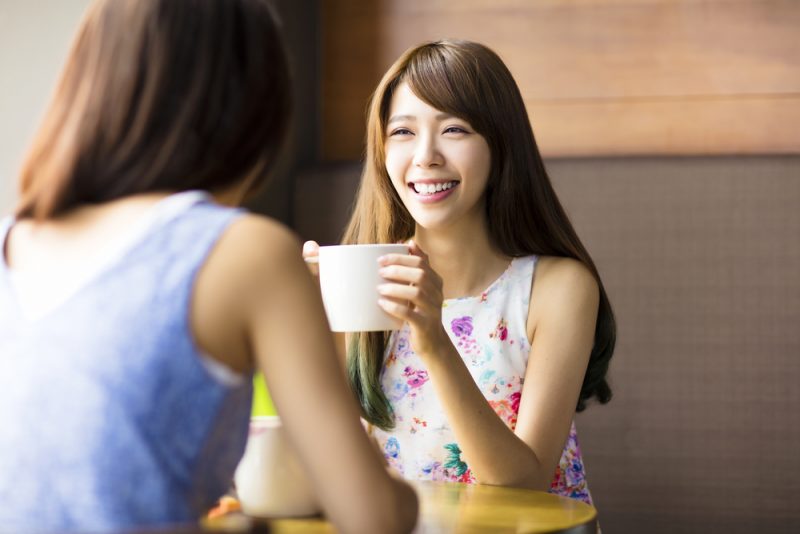 One thing that’s strange about English is that words don’t always sound like how they’re spelled.

“Wednesday” sounds like Wenzdei. “Photo” is actually pronounced with an F, not a P.

This happens so often that it’s more of a norm than an exception. For this reason, English pronunciation can seem complicated sometimes, especially since it’s not like Chinese pronunciation at all.

Every English learner makes pronunciation mistakes along the way, and as a Chinese speaker, there are specific mistakes that you’re more likely to make. Keep reading to find out about the most common stumbling points for Chinese speakers when it comes to English pronunciation! We’ve also thrown in practical tips that you can try out right away to hone your spoken English.

You’ve probably heard that Chinese is one of the hardest languages for English speakers to learn. Similarly, it also takes Chinese speakers at least a few years to speak English fluently. In fact, Chinese speakers often pick up reading and listening faster, and they might find pronunciation to be the most challenging part of learning English.

This is mainly because English doesn’t have a lot in common with Chinese languages. Even with pronunciation, there are several sounds in English that Chinese doesn’t have (and vice-versa!). Although Chinese speakers can have varied native languages such as Mandarin, Cantonese, and Hokkien, they still make similar pronunciation mistakes. For example, you might be able to pronounce T and B fine in English, but maybe you won’t be as comfortable with V at first (since it doesn’t really appear in your native language!).

Refining your English pronunciation is a continuous process, though – even if you do make pronunciation mistakes, what matters is that others can easily understand what you’re saying. For a fun, all-in-one resource that’ll show you how to make your spoken English crystal clear, the Creativa course on Mastering North American English Pronunciation has got your back. It features high-quality video lessons that tackle the most important areas of English pronunciation. These include topics that can be confusing for Chinese speakers, such as saying the TH sound and applying correct intonation.

Each episode comes with a step-by-step breakdown of the pronunciation points, along with helpful examples and language hacks. Curious about it? Here’s a free video directly from the course.

Most Common Mistakes in English Pronunciation for Chinese Speakers

Tip: First off, make sure that you can pronounce both of the consonants separately. Once you’re confident with this, practice slowly transitioning from one consonant to the other to say the whole consonant blend. You can do this slowly while exaggerating your mouth movements. It’s natural to have a delay at first – as you get used to the new sounds, you’ll be able to speak faster.

Some Chinese speakers drop the final consonant of a word, even if it’s not part of a consonant blend.  For example, they might say “gla” instead of “glass” and “fa” instead of “far.” Final consonants can feel awkward to say at first because in Chinese languages, syllables normally end in vowels.

Alternatively, Chinese speakers might add a vowel instead, especially if the word ends in P, B, D, T, and K. This turns words like “tap” into “tap-uh.”

Tip: Choose a word that you’re having a hard time with and say only the last two letters – the vowel followed by the final consonant. For “tap,” you would focus on “ap.” Notice if you’re tempted to add “uh” at the end and try to freeze your mouth right at the P sound.

Chances are, you’ve never had a problem with pronouncing L at the start of words (“light” and “love”). However, the L at the end of words or syllables can be trickier, such as in “ball” and “tell.” These two L’s are different sounds, and they’re called the light L and the dark L in English.

Chinese speakers aren’t as used to hearing the dark L, which is found at the end of the words. They can interpret the dark L as a U or W so “ball” gets pronounced as “bau.”

Tip: Compare the mouth positioning for light L and dark L. With the dark L, the tip of your tongue isn’t touching the ridge above your teeth. Your tongue’s further back and positioned like a bowl, with the tip curving up. There’s also a tightening in your throat, almost as if you’re gulping.

The V sound barely pops up in Chinese languages. When it does, it’s more of an allophone of W. This means that V and W are seen as versions of the same sound, so you can switch between the two in many Chinese languages. As a result, Chinese speakers might not be able to tell these apart in English at first.

Chinese speakers can also slip into replacing V with W so that “very” and “voice” sound more like “wery” and “wois.”

Tip: Get a mirror and look at your mouth as you try to pronounce the V sound. Your mouth shouldn’t be rounded because that’d be the U or W sound! Instead, your upper teeth should be touching your lower lip.

You’ll hear the TH sound in practically every other sentence because it’s included the most common words in English – “the,” “this,” “other,” and more! The catch is that it’s among the most difficult sounds not only for Chinese speakers but also most English learners in general. Since there’s no TH sound in Chinese, some Chinese speakers replace it with S or Z instead.

Tip: For the TH sound, you have to stick your tongue in between your teeth, almost as if you’re about to bite it. Then keep it there and let out a puff of air – that’s already the voiceless TH sound in “thanks” and “teeth.” To pronounce the voiced TH sound in “the” and “this,” make a sound instead so your vocal cords vibrate.

6. Turning the short O into OU

Tip: Your mouth should be gently rounded with the short O sound. It stays in that position as you pronounce the sound, unlike with OU where your mouth moves to form a tight circle as you go from O to U.

7. Replacing I with EE

Tip: You might be familiar with the expression “say cheese,” which is shouted out when people are about to get their pictures taken. If you make the EE sound in “cheese,” it looks like you’re smiling because your mouth is stretched wide. On the other hand, you don’t stretch your mouth that much with the I sound.

Example Words: sheep vs. ship, leap vs. lip, peel vs. pill, seek vs. sick, these vs. this

8. Saying NG instead of N

Chinese speakers might replace N at the end of syllables with NG. For example, “sun” and “window” end up sounding like “sung” and “wingdow.” Chinese speakers tend to bring the tip of their tongue down when they try to pronounce N, which produces the NG sound. You’ll notice this more in speakers from Northern China specifically.

Tip: Try saying the NG sound as you normally would. Then bring your tongue up and forward so the tip’s touching behind your front teeth. That’s already the tongue position for the N sound! It might take effort at first to pronounce N rather than NG, but you’ll get the hang of it eventually.

9. Stressing too many syllables

Misplaced word stress is the most frequent pronunciation mistake among Chinese speakers, even at advanced levels. Chinese languages such as Mandarin and Cantonese place equal emphasis on each syllable, and words are distinguished by tone rather than stress. Since word stress isn’t a strong feature of their language, Chinese speakers can be too careful with how they speak English, stressing every syllable equally.

Tip: Word stress is extremely important because it affects how well other people can understand you. You can train your listening skills first by paying attention to the rise and fall in people’s voices when they’re speaking English. Once you can consistently identify where the stressed syllable is in words by ear, you can move on to imitating these and using proper stress in your own pronunciation.

Chinese speakers might apply the intonation of their native language to English. Since Chinese languages have a very different rhythm from English, some Chinese speakers sound choppy when they switch to English, putting small gaps between every word and syllable instead of linking them. They can also unconsciously speak English with tones, which affects the clarity of their speech.

Tip: Even though there’s a space between every word, English speakers sometimes connect words so these sound like only one word. For example, “give up” sounds like “givup.” Check out the rules for connected speech! One major rule is to connect two words if the first word ends with a consonant and the next word starts with a vowel.

Example Words: this apple, she ordered, real life, difficult exam, he is

Individual sounds form the foundation of English pronunciation, so it’s worthwhile to slow down and devote some time to these even though they might seem really basic! Once you master a specific sound, you’ll definitely hear the improvement in your English speaking skills.