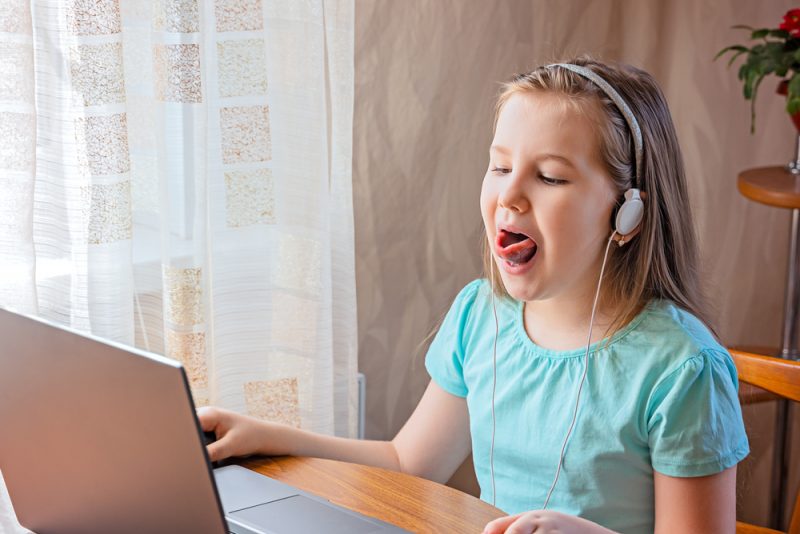 One of the most frequent stumbling blocks for English learners is the T sound.

Some students pronounce it as D instead. Or they pronounce it fine for one word, but they falter with another word.

This is mainly because it’s not obvious for English learners that there are three ways to pronounce T in English: the regular T, the flap T, and the stop T.

Most students will default to pronouncing only one kind of T unless you dedicate a specific lesson to covering all these three T sounds.

Wondering how to take your students through this tricky pronunciation topic?  We’ve prepared our favorite tips and techniques for teaching the T sound effectively:

How to Teach the T Sound

1. Get students engaged with examples.

To catch the attention of students right away, consider giving examples of each T sound at the start of the lesson. For younger learners, you might flash pictures of T-related vocabulary while asking them to pronounce the words.

Here are some sample words for each T sound:

It’s important to remember that American and British English don’t use the same T sounds all the time.

The most noticeable difference is that the flap T is only present in American English. If you’re teaching the flap T, you can ask your students, “How would an American pronounce this?” before contrasting it with how someone from England would say the word. From there, you can transition into observing how all three forms of T have their own distinct sounds in American pronunciation.

Once you’ve made the T sounds more concrete for students by giving examples, you can move on to the core of the lesson – delving into the three T sounds:

Students probably know all about the regular T already since it’s the standard pronunciation of T, so that’s a good place to start. You can compare how it sounds to flap T and stop T.

Pronouncing the flap T is often easier for students because they can think of it as a D.

In contrast, the stop T might be more challenging – students might find it strange and unnecessary. To make it easier to visualize the stop T, you can explain it as a regular T that’s unaspirated or cut short, without any puff of air.

Tongue positioning for individual sounds can be a major frustration for English learners. Luckily, in a class, you can show exactly how to pronounce each T sound rather than leaving students guessing on their own.

All three T sounds actually start with the same tongue positioning – the tongue is initially pressing against the top of the teeth. Once students understand this, they’ll be closer to pronouncing each T sound correctly.

To make it even clearer, try using videos instead of diagrams. You can get more ideas about how to explain the pronunciation for each T sound with Creativa’s course on Mastering North American Pronunciation. It has an entire video episode that’s all about the main T sounds in English, complete with step-by-step instructions and examples.

All in all, the course delves into aspects of pronunciation that English learners can easily miss out on – and yet are necessary for speaking English clearly. Curious about it? Here’s a free video straight from the course.

4. Exaggerate the syllables for each T sound.

The differences between each T sound can be hard to notice at first. In fact, native speakers might not even be able to articulate these, even though they switch between all three T sounds all the time.

Because of this, you might have to exaggerate the T sounds at first so your students will be able to pick up on the differences.

Once you’ve chosen words for each T sound, you can emphasize the syllables like this:

Your students will then repeat these back to you so they can train their mouths and ears to process the T sounds correctly.

5. Watch out for the most common areas of confusion.

Although your students might have diverse language backgrounds, there are common areas of confusion when it comes to the T sound. Watch out for these:

6. Point out the exceptions to the T sound.

Whenever students see the letter T in a word, it doesn’t always mean that they have to pronounce the T sound. The most obvious examples of these would be with the letter combinations TH and TION. TH has its own distinct symbols in the International Phonetic Alphabet, while the TION is pronounced more like /shuhn/.

You can make these exceptions more vivid for students by showing them a list of words with the T, TION, and TH sounds then having them pronounce the words one by one. If you haven’t discussed TH and TION before, simply ask them to identify if the word uses a T sound or not.

7. Progress from the T sounds to words and sentences.

Once your students have a solid foundation with all three T sounds, that’s when you can move them up to the level of words and then sentences.

You might have to say words slowly at first so students can identify which T sound you used. It might be helpful to point to your own mouth and to emphasize the physical necessities of the sounds.

Alternatively, students can read words out loud as you look out for any mistakes in their pronunciation.

8. Give written exercises for identifying when to use each T sound.

Pronunciation is only one part of mastering the T sound – students also have to be familiar with when to say it. You can assign a simple rule to each T sound:

These rules have plenty of exceptions, though! For example, the flap T has to be in an unstressed syllable, and it can also happen between R and Y.

For students to grasp these nuances, they’ll have to analyze phrases and sentences on their own until figuring out when to use each T sound becomes very intuitive for them. You can speed up the learning process by giving students written exercises that they can answer at their own pace.

The regular T sound might seem simple to teach on its own, but it gets more complicated when you throw in the other T variants such as the flap T and the stop T. Aside from teaching students how to recognize and pronounce these three T sounds, you’ll also have to set the context – when does each T sound appear in a sentence?

Still, you can get students learning fast with a structured approach that takes them from basic pronunciation to speaking fluidly in conversations. Hopefully, after reading the techniques we’ve listed above, you already have an idea of what to do the next time you teach the T sound!