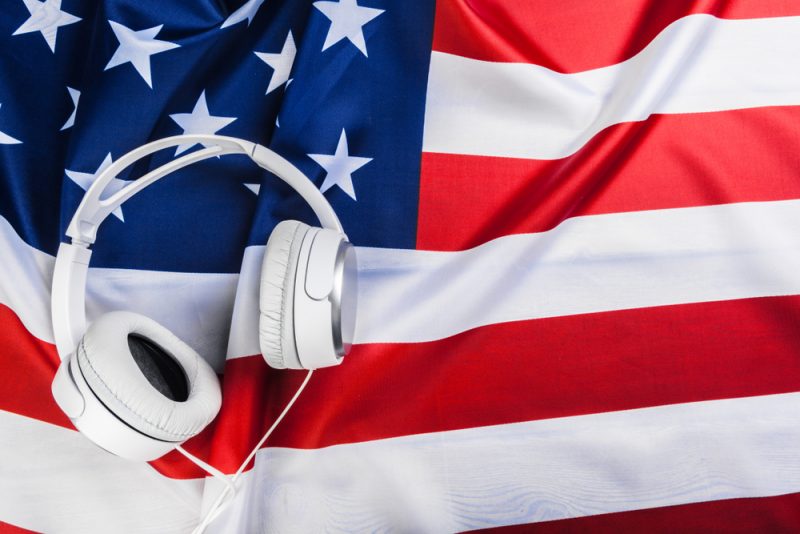 For one, you could make sure that you’re using words specific to American English.

You’d write down your “zip code” rather than your “post code” (which would be the British way!).

You might park in the  “parking lot” instead of the “car park.”

But beyond that, Americans have a certain way of pronouncing English that sets them apart from other native English speakers like Brits and Australians.

One of the easiest pronunciation changes to make would be to speak with a flap T. This is one of the three main forms of T in English, and you’ll hear it often in American English even though it’s rare in British English.

Read on to find out all about the flap T pronunciation along with when exactly to use it. In fact, by the end of this guide, you’ll be ready to incorporate it into your English!

When you think of how to pronounce the letter T, the first pronunciation that comes to mind would probably be the regular T. This appears in words that start with T such as “together,” “tomorrow,” and “time.” Your tongue touches the top of your teeth, then you let out a puff of air.

In contrast, the flap T sounds like a D. Your tongue would be in the same position as if you were pronouncing a regular T, but this time, your vocal cords vibrate. This is because D is a voiced sound, while a regular T is a voiceless sound. When you put your hand close to your mouth, you shouldn’t be able to feel too much air coming out.

The flap T got its name from how you pronounce it – the tip of your tongue makes a quick tap against the top of your teeth. You can think of it as a soft, light D. It resembles the D in “melody” rather than the D in “day,” which is heavier.

For example, the TT in the word “butter” is a flap T. This would actually be pronounced as “budder” in American English. Try saying it out loud both ways right now! You’ll notice that saying it as “budder” makes your accent sound more American.

Subtle adjustments like this can have a huge effect on your accent, although it’s easy for English learners to miss out on these sounds because they’re not always pointed out directly. If you’re looking for a clear, helpful resource that will show you exactly how to improve your English speaking, Creativa’s course on Mastering North American English Pronunciation has got your back. It has an entire video episode that’s all about the main T sounds in English, complete with detailed instructions on flap T pronunciation.

Beyond that, it also breaks down various aspects of English pronunciation that are crucial to sounding like a native speaker, from the schwa sound to intonation. Curious about it? Here’s a free video straight from the course.

The Main Rule for Flap T

Now that you know what a flap T sounds like, you’re probably wondering when to use it. There’s a simple general rule for that (with exceptions that we’ll bring up later): the flap T is generally used when the T or double T (TT) is in between two vowel sounds.

Here are some examples:

This also applies even in between words. The T could be at the end of the word, but you can still use a flap T if the next word starts with a vowel!

An Important Exception to the Flap T Rule

Here are some words that use a regular T because the T is in a stressed syllable:

Other Uses of the Flap T Pronunciation

These aren’t as common, but you can also use the flap T in these two cases:

T is between R and a vowel sound

Y is considered as a vowel sound if it’s pronounced as “ee” or “e.”

T is between a vowel and a dark L

The best way to get comfortable with the flap T is by pronouncing it over and over. For initial practice, you can read the following sentences out loud, making sure to say a flap T for the underlined words:

The next time that you watch American and British videos (or listen to native speakers), listen closely to how they pronounce their T’s. Americans will definitely use the flap T often, while Brits will stick with a regular T that rings out more strongly.

Ultimately, your English will still be very clear even if you don’t use the flap T – after all, the British don’t. However, it’s essential if you’re aiming to mirror an American accent. You can watch a step by-step breakdown of how to pronounce the flap T in Creativa’s course on Mastering North American Pronunciation. Through engaging, high-quality videos, you’ll learn about how to smooth out your accent, complete with tips and techniques specifically for the flap T sound.

As a whole, the course dives deep into pronunciation topics that tend to be tricky for English learners – and yet are necessary for speaking neutral-sounding English. For a preview, check out this free video.