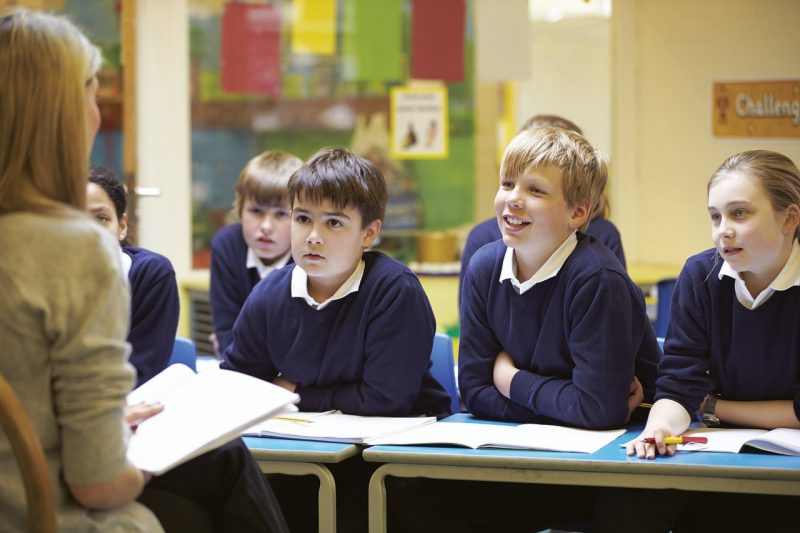 You’re explaining the different T sounds in English, but your students look confused.

Maybe they’re having a hard time imitating how to pronounce words such as “Manhattan” and “button.”

Or maybe they’re questioning why the T suddenly changes its sound in the middle of the word.

This is because the letter T in English is an allophone with multiple possible sounds – and it often takes time for students to integrate each T sound into how they speak.

One solution to this is to get creative with teaching the T sounds to your students. Beyond just explaining each T sound, you can involve your students more deeply with fun activities that will really help the concepts sink in for them. After all, people learn best by doing!

Keep reading to find out about T sound activities that you can incorporate into your lessons.

As important as it is for class activities to be enjoyable, they should also be tailored to the learning level of your students. When planning out your lesson, start with what exactly you want your students to learn about the T sound – then assign activities based on that.

You’ll encounter the following phases in your students’ learning journey as they get more familiar with the T sounds:

A useful tip is to arrange your activities by phase so there’s a steady progression. For example, you wouldn’t focus too much on the use cases of each T sound if your students still can’t pronounce them correctly.

Ideally, you’d have at least one activity per phase so you can guide your students through every aspect of the T sounds. For a helpful breakdown of what English learners need to know about the T sounds, you can turn to Creativa’s course on Mastering North American Pronunciation. It has an entire video lesson that tackles all three of the main T sounds in English, along with plenty of tips for giving students a solid foundation on both pronunciation and usage.

All in all, the course delves into aspects of pronunciation that students tend to struggle with – and yet are necessary for speaking English clearly. Curious about it? Here’s a free video straight from the course.

Here’s a list of effective yet engaging T sound activities that you can adapt for your class:

It’s not unusual for students to get confused between the T and D sounds. Since students need to be able to distinguish these before you can teach them the T sound variants, you can test out their listening skills with a minimal pairs activity.

Minimal pairs are words that sound almost the same because they vary in only one sound. For teaching the T sound, you would choose minimal pairs with T and D. Here are some examples:

You can say each pair out loud then ask students to identify which word uses the T sound. This way, you can be sure they know the difference before you proceed with the lesson!

2. Stretching a Band for Word Stress

One way to help students visualize this is by giving each of them a stretchable band. When they say a word, they have to stretch the band once they reach the stressed syllable.

For example, with the word “attach,” they would stretch it during the second syllable “-tach.” On the other hand, for the word “butter,” the stretching would happen on the first syllable “bu-”.

This would quickly emphasize the difference between stressed and unstressed syllables. As a result, students will be better able to understand how to tell if a T in the middle of a word is a regular T or a flap T.

When you’re quizzing your students about the T sound used in a word, you can give it a more playful spin by taking an auditory approach. Instead of simply saying the word out loud, go through the three T sound options and add a hand gesture for each.

Feel free to come up with anything that would make the T sounds stick in your students’ minds! Here’s one way to do it:

Since tongue positioning can be hard to demonstrate, using hand gestures instead can give students a better idea of how to pronounce each T sound.

This is one of the most classic T sound activities, and it’s also very easy to set up. Chances are, it deserves a place in any lesson about the T sounds!

Prepare a list of words that include all of the three T sounds. Try to include more unconventional examples too, such as “liberty” for flap T and “Britain” for stop T.

You can print the words out into large cards to stick on a blackboard. Next, students will have to classify each word under regular T, flap T, or stop T. If you’re using a blackboard, divide it into three sections so students can simply place each word on the blackboard for the class to see.

Alternatively, you can also assign this as a written exercise. Each student would have a sheet of paper with a blank chart, then they have to fill it out by assigning each word to a specific T sound.

The Stop T is usually at the end of a word, such as in “cat” and “it.” However, when the next word starts with a vowel, it changes into a flap T.

This can seem like doing mental gymnastics for students, and they won’t be able to apply it in conversations just by memorizing the rule. What you can do is to give them a list of simple words with stop T, such as:

After having them read the words with a Stop T, demonstrate how the pronunciation changes when you put the stop T words in a sentence, such as “It isn’t here anymore.” The T in “It” becomes a flap T here because it’s in between vowels.

You can then challenge them to think of sentences that would transform the stop T words you listed into a flap T.

For a more challenging activity, you might ask students to come up with sentences that contain a word with a specific T sound – all while telling a story.

As the teacher, you’ll suggest the type of T sound – for example, the regular T. The first student has to say a sentence with the regular T in it. To make it more obvious to the rest of the class, they can also point out the specific word right after. The other students would then follow.

As an added hint, you can keep a list of T-sound vocabulary visible the whole time while giving students the option of thinking of their own words.

There’s a reason why tongue twisters often appear as party games and ice-breakers just as much as you’ll see them in an English class – they’re fun! Tongue twisters can also be perfect for showing how a single phrase or sentence can have different T sounds.

The following tongue twisters can make for a great T sound activity:

You can point out the T sounds in each tongue twister before letting your students try them out. To increase the difficulty, you can have students say a tongue twister several times in a row while picking up the speed!

The three T sounds in English aren’t the most straightforward pronunciation topic to teach, especially since students might not even be able to tell them apart right away. However, you can make your class more interactive and introduce the T sound activities above to get students speaking confidently!