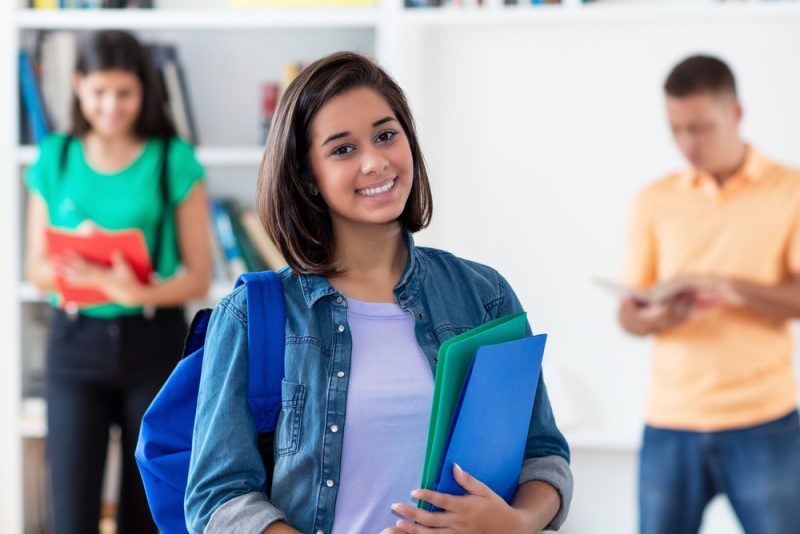 When you first started learning English, did you catch yourself wanting to roll your R’s?

Maybe words like “birthday” and “shampoo” were harder to pronounce because they contained unfamiliar sounds.

When you take your native language into account, what you get is a roadmap that directs you to where exactly you can improve your pronunciation. And that’s what this blog post is all about! We’ll look into the most common pronunciation mistakes made by Spanish speakers, along with how to work on these so you can have smoother conversations in English.

Learning English as a Spanish Speaker

Spanish and English are two of the most widely spoken languages in the world. There’s a lot of interplay between them too! Spanish is a popular language for native English speakers to study, and many Spanish speakers are also either bilingual in English or they’re in the process of learning the language.

English might not come as easily as Romance languages like Portuguese and French, but becoming fluent in English as a Spanish speaker is very much a doable goal. Although English does have several sounds that you’ll never find in Spanish, there’s a ton of related vocabulary – at least 30% of English words sound like their Spanish versions, so sometimes you can guess the meaning of a sentence.

Still, alongside vocabulary, you’ll also have to constantly hone your English pronunciation. But it can be challenging and expensive to find a native speaker who can give you feedback. That’s why we created the Parrot smartphone app – it feels just like talking to a real teacher, but you can actually afford it. And you won’t be embarrassed or need to schedule any classes. Check it out here.

These are the most common errors among Spanish speakers when they’re learning English:

One of the most confusing English letters for Spanish speakers is usually V. This is because in Spanish, the letters B and V are both pronounced as a B sound, with both lips pressed together. As a result, Spanish speakers might pronounce the V in English as a B – for example, “van” and “seven” can end up sounding like “ban” and “seben.” Even intermediate and advanced learners can still struggle with the V sound because it’s very intuitive to turn it into a B.

Tip: V and B have similar mouth positions. However, B involves closing your lips together while with V, you press your upper teeth against your bottom lip. Try saying each sound slowly in front of a mirror!

Spanish speakers might interchange Y and J – “your” might end up being pronounced as “jour,” and “Jane” might become “Yane.” For English speakers, both are very much separate sounds, but they’re actually interchangeable in many Spanish dialects. In fact, many Spanish speakers are used to thinking of them as allophones – ultimately two subtle variations of the same sound. They might even have a hard time setting the two apart!

The SH sound doesn’t exist in Spanish, so it can take some getting used to for Spanish speakers! One potential mistake is saying SH as S (“she” becomes “see”), which happens when you don’t draw your tongue back. It can also be mispronounced as CH (“che” instead of “she”), especially since the CH sound is present in Spanish.

Tip: Start by hissing out the S sound (“ssssssss”). From here, round your lips closer together and pull your tongue back to produce the SH sound.

Rolling or trilling your R comes naturally in Spanish, but Spanish speakers can carry this over to their English, which uses a different kind of R that’s softer. When you roll your R, you’re touching the tip of your tongue against your upper palate. However, with the English R sound, the tip of your tongue isn’t touching anything. Spanish speakers often find R especially challenging when paired with consonants (such as in “train,” “front,” and “cry”).

Tip: Check videos and diagrams of the mouth positioning for the English R. You’ll notice that it’s not the same as with a usual rolled R! Then practice with words that have R at various positions (start, middle, and end).

With words that start in S such as “story” and “spoon,” you might get the urge to add E to the start because it feels much more familiar. In Spanish, there are no words that start with S, so some Spanish speakers default to saying ES instead (“estory” and “espoon”).

More frequently, Spanish speakers don’t have issues with correctly pronouncing words like these in isolation, but when they say full sentences out loud, they can slip up and accidentally add E.

Tip: Choose a word that starts with S and say it out loud while prolonging the S sound (“ssssstory”). Then raise the difficulty level by adding a word before it (“our ssssstory”). As the transition between the two words become smoother, work on shortening the S sound.

6. Replacing TH with T or D

The TH letter combination doesn’t appear in written Spanish, but some Spanish speakers say the TH sound unconsciously when D is in between two vowels. Still, Spanish speakers often need to practice pronouncing the TH sound in English specifically. There’s a tendency at first to pronounce the voiced TH as D (“brother” to “broder”) or the unvoiced TH as T (“math” to “mat”).

Tip: The tip of your tongue should be sticking out slightly when you say the TH sound. This doesn’t happen with D or T, where the tip of the tongue is touching above your teeth.

7. Saying N instead of M

You might have no issues with pronouncing the M sound on its own because it’s used fairly often in Spanish. Still, maybe you found it strange the first time when you encountered English words that end with M, such as “team,” “him,” and “problem.” This doesn’t really happen in Spanish, and it’s more common for words to end in N instead.

A common mistake among Spanish speakers is accidentally replacing the M at the end of words with N. They can mispronounce “team” and “him” as “tean” and “hin.”

Tip: Take a word ending in M such as “problem.” Work backwards by saying M on its own, then adding each letter before it (“em,” then “lem” and “blem”) until you’re pronouncing the whole word.

8. Mixing up short and long vowels

Spanish has only five vowel sounds, while English has nearly twenty! Spanish doesn’t make any distinction between long and short vowels, either, so Spanish speakers can mix up similar-sounding vowels or substitute them with vowels from Spanish. “Heat” and “hit” are often pronounced the same way, as well as “fool” and “full.”

One of the biggest adjustments when switching from Spanish to English is how irregular English pronunciation can be compared to spelling. In Spanish, words are pronounced like how they’re written, while English will often have silent letters or sounds that don’t match up with the spelling. As a result, Spanish speakers might pronounce every letter in a word, such as including the K in “knee.”

Tip: English can definitely be unpredictable no matter your native language, so it’s normal to get confused with pronunciation! The key is to get plenty of listening exposure – you might think you know how to pronounce a new word based on its spelling, but it’s always worthwhile to check.

Spanish doesn’t have the same rhythm or melody as English. With Spanish, syllables are pronounced evenly and take around the same amount of time to say. In comparison, English emphasizes some syllables strongly, and there are more changes in pitch.

Because this isn’t a feature in their native language, Spanish speakers can sound flatter when they switch to English. They might also stress too many words instead of emphasizing only the keywords of a sentence.

Tip: Keep the basic word and sentence stress rules in English in mind! Stress in English will never be as regular as in Spanish, but being aware of these rules will make it easier to remember. Afterwards, try shadowing by paying attention to the pitch and tone of native speakers and then recording yourself imitating these.

All of the pronunciation difficulties that Spanish speakers tend to have with English come from the differences in the two languages. If you’ve never pronounced a sound before, then it takes time and effort to make it a natural part of how you speak.

Still, these ten common pronunciation mistakes vary in impact. For example, even if you consistently roll your R when speaking English, you’ll still be understood. However, mispronouncing SH or long vowels might make other people think of other words than the ones you have in mind.